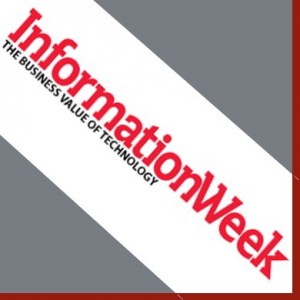 Some fear that terrorists could use information in the mapping service to carry out attacks, while others believe it could enhance the nation’s tourism industry.

Google has long-battled concerns that its Street View offering infringes on individual privacy, but the mapping service’s expansion into Israel is sparking concerns that terrorists could use the detailed information to carry out attacks, endangering the public and government officials.

On Monday, a government team chaired by minister Dan Meridor heard testimony from experts who discussed the implications of privacy concerns and public security, tourism, and country image, according to a government release. After directing these experts to continue working to “protect vital public interests regarding this innovative project,” Israel’s government decided to continue cooperating with Google in order to operate the Street View service within the nation “as soon as possible,” the government said.

“Street View could be very useful in public spaces, parks, museums, hotels, and places of historical, cultural, and religious interest. It could significantly help tourism. A Street View of the old city in particular could prove very popular,” wrote Andre Oboler, director of the Community Internet Engagement Project at the Zionist Federation of Australia, wrote in a blog in the Jerusalem Post on Sunday.

Not all regions should appear, cautioned some government officials. In particular, Israel is concerned about photographing sensitive locations, such as areas near the homes of the president and prime minister, retired lieutenant colonel Mordechai Kedar told the Associated Press.

“We already have problems with Google Earth, which exposes all kinds of facilities,” said Kedar, who spent 25 years with Israeli intelligence, noting that Street View could facilitate terrorist attacks within the nation.

Like some counterparts in Europe and the United States, individual Israelis also may be concerned. Israel has privacy laws in place, and Google must comply, Yoram Hacohen, an attorney who heads the Israeli law, information, and technology authority at Israel’s Justice Ministry, told iBlogAuto.

“The law mandates that the public be informed by anyone collecting information for a database. If it wants to operate the service, it must advertise in newspapers that it plans to photograph particular areas. Anyone who doesn’t want to be photographed must approach Google ahead of time and ask not to be,” he said. “It’s clear that the public must be informed about these activities. If someone discovers himself on Street View and wants to have the image removed, there is a way to do this in the system. A person can erase himself. We will ask that the erasure and application processes be in Hebrew and not English.”

Google does not have a specific launch date in mind for an Israeli service, according to published reports. The company on Monday declined to reveal which cities it would like to dispatch Street View vehicles to first, but it is said to be interested in Tel Aviv, Jerusalem, and possibly Haifa, said the Zionist Federation’s Oboler.

“We aim to offer the benefits of street-level imagery to users all around the world, however, we have nothing specific to announce at this time,” Google told the AP.

Although the government debate may mark Google Street View’s first formal entry into Israel, the developer is not new to the country. In September 2010 it acquired Quiksee — also known as MentorWave Technologies — for an estimated $10 million, and in April 2010 it bought LabPixies for about $25 million. Quiksee develops 3D tour software that lets users add to a Google map, creating an image similar to that shown in Street View. For its part, LabPixies writes widgets for iGoogle, Android, and the iPhone.

But Street View’s rollout may not go as smoothly, if the technology’s history is any indicator.

Governments in the United Kingdom, Canada, France, Germany, Ireland, Italy, the Netherlands, New Zealand, and Spain, as well as states such as Connecticut have raised varying levels of concern with Google. In December, Google refused to turn over to the Connecticut attorney general data its street-mapping vehicles gathered from personal and business wireless networks throughout the state.

“I am disappointed by Google’s failure to comply with my information demands,” Connecticut attorney general Richard Blumenthal told InformationWeek. “We will review any information we receive and consider whether additional enforcement steps — including possible legal action — are warranted.”

Across the pond, British government officials got a commitment from Google to improve the way in which it handles data, the U.K. information commissioner said in November, after months of inquiry. The agreement committed Google to improving training related to security awareness and data handling for all employees. To address Germany’s privacy rules, Google complied with that nation’s request to manually blur peoples’ houses on-demand, rather than relying on automated tools.

Other countries’ problems with Street View should give Israel pause, warned some privacy advocates.

“What data could be collected in Israel, and how might this harm Israel? Both public diplomacy and security considerations need to be considered. How might this data be used against Israel’s interests, particularly if it is stored in the U.S. and subject to U.S. government control rather than Israeli control? Keeping the data solely in Israel would be a significant development,” wrote Oboler. “Whatever issues the task force considers, they will not be an exhaustive list of the impact Street View could have on the lives of Israelis.

“Any permission to proceed with Google Street View should be coupled with both specific and general obligations on Google; for example, an obligation to collect and use data only in a manner consistent with the public interest, and an obligation to respect the rights of individuals. Keeping the data in Israel is the only way to ensure the Israeli courts can order enforcement.”

This entry was posted in In the media, News Commentary and tagged google, Information Week, Israel, Privacy, Security, Street View. Bookmark the permalink.