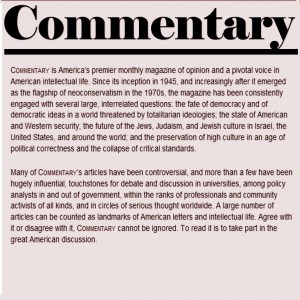 My friend Dr. Andre Oboler has an exhaustive article up on the Jerusalem Post site about the potential risks and benefits of Google Street View coming to Israel. The service, as most people know, allows you to take “virtual tours” up and down streets mapped by Google Maps (and Google Maps itself goes way beyond public streets, into zoos, amusement parks, and so on).

The problem, of course, is that terrorists and militias use services like Google Maps and Google Earth to maximize their carnage. The Mumbai terrorists very famously mapped out their attacks beforehand using Google services. Google Earth images of British military bases were found in the homes of Iraqi insurgents. And the Iranian proxies surrounding Israel have been bragging for years that they use Google Earth to set rocket targets.

On the other hand, it’s a losing battle to fight the spread of information, especially when Google gets involved. The deep controversy is about the advance of technology outpacing our legal and ethical coping mechanisms, but that’s not really important for this context. Suffice to say that new communication technologies are being developed and deployed almost recklessly, and certainly in the absence of mass public deliberation. India expressed concerns about Google Maps and Google Earth as early as 2005, those concerns were largely ignored, and then Mumbai happened. Israel is afraid that something similar will occur.

But the Jewish state is small enough that at least some checks can potentially be enacted, and Israeli security services are calling for exactly that. Oboler suggests several obvious measures:

Any permission to proceed with Google Street View should be coupled with both specific and general obligations on Google; for example, an obligation to collect and use data only in a manner consistent with the public interest, and an obligation to respect the rights of individuals. Keeping the data in Israel is the only way to ensure the Israeli courts can order enforcement. … Israel also has a responsibility to act in the Interests of its people and of the Jewish people more generally. … Israel may also request further unrelated guarantees from Google, such as an undertaking to cooperate more fully with the Ministry of Foreign Affairs in the fight against Antisemitism.

This is a conversation that should be happening in the United States as well. Google and similar companies make billions by quite literally entering and mapping public spaces and then selling ads related to what they organize. They don’t really owe anyone anything if they’re only helping convey information, but new technologies do introduce new risks, and inevitably Google Maps will be exploited for a domestic terrorist attacks. It’s something that should be talked about more, and more explicitly and more publicly.

This entry was posted in In the media, News Commentary and tagged Commentary Magazine, google, Israel, Omri Ceren, Street View. Bookmark the permalink.