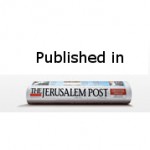 It’s been over three years since the issue of Holocaust denial on Facebook was first raised. The truly amazing thing is that after countless protests, petitions, letters and meetings with experts, Facebook continues to refuse to recognise Holocaust denial as a form of hate. The social media platform continues to make a special exception and would rather spin and stonewall than fix a bad policy.

The danger today comes more from Facebook’s own position than from the content itself. The $70 billion dollar company’s refusal to recognise that Holocaust denial is a form of hate has continued despite advice and research from numerous experts. Facebook’s various justifications and efforts to redefine the issue seem to be the only thing that changes.

When the leading international experts on online antisemitism gathered in Jerusalem last month, the issue of Facebook’s policy on Holocaust Denial was one of many issues on the agenda. The Online Antisemitism Working Group meeting covered a comprehensive review of conferences and research reports on online hate from around the world. The experts examined new challenges that result from technological innovation, discussed recent incidents, and reviewed past challenges that were enumerated when the working group last met at the Global Forum to Combat Antisemitism in 2009.

The increased concern on the Facebook Holocaust denial situation resulted from a lack of progress over the past two years and growing frustration in the expert community. In 2010 it had seemed Facebook had changed their policy without publically announcing it, but in 2011 more Holocaust denial groups appeared to be making a comeback and Facebook reasserted it’s position that Holocaust denial in and of itself was not considered by the company to be hateful. In truth, many groups and pages were only removed when the media specifically named them or published photographs of them. Experts who had met with Facebook on behalf of their own organizations had begun to feel they were going in circles. There was not much more to be said, all the arguments had been laid out before Facebook, the logical conclusion was obvious, and yet no progress was being made.

A video conference with a senior manager from Facebook was productive on a number of other issues, particularly the question of the responsibility users with special privileges should have. In the meeting Facebook requested a policy paper discussing this proposal in more depth. The Holocaust denial issue however remained an irrational sticking point that was embedded in an unwritten corporate policy. Following further discussion, the working group co-chairs, David Matas and myself, wrote to Mark Zuckerberg to explain that Holocaust denial was in and of itself hate speech and that Facebook’s exception for “historical events” led to an inconsistency in its policies. All hate speech should be treated the same, to do otherwise is to condones certain forms of hate. Not only was no reply forthcoming, even the policy paper that was sent to Facebook at their request received no acknowledgement.

Of all the issue of online hate the working group discussed, Facebook’s Holocaust Denial policy appeared to be the only one where a company was clearly saying “won’t” rather than “can’t”. Technical problems have technical solutions; the experts on the Global Forum Working Group discussed such solutions, shared knowledge and brainstormed on new approaches. When people refuse to recognise the danger of Holocaust denial, that is a human problem, and a danger to much of the fabric of human rights in modern society. It was in response to the Holocaust and the global desire to avoid a repetition of history that much of the modern human rights framework was created.

Holocaust survivors will not be with us forever, and once they are gone it will become increasingly difficult to convince people the Holocaust really happened. Denial will become more popular and more acceptable. The Nazi’s told their victims no one would believe them even if they did survive because the reality was just so implausible. If we struggle to understand the danger when the survivors themselves write to us, as they recently wrote to Facebook, then how are we as a society going to fair once they are gone?

To see Facebook ignoring the danger and denying the hateful nature of Holocaust denial is deeply concerning. To see the ethnicity of Jewish staff brought up in official statements to support the company’s assertion that it must know what it is doing, even while ignoring the warning of so many experts, is troubling. Technology however continues to change, and with the rise of Google+, Facebook may soon have real competition. Having a choice of platform will restore power to the public and may see the start of a race to retain users. When this happens it will be up to society to assert loudly and strongly that hate has no place in our online communities, and that Holocaust denial is no exception. I wonder if we are ready for that challenge?

The comprehensive report of the Online Antisemitism Working Group, including many recommendations for different sectors of society, will be published later this year. I hope by then we will be able to report that Facebook has had a change of heart.

Dr Andre Oboler is co-chair of the Online Antisemitism Working Group of the Global Forum to Combat Antisemitism. He can be contacted at feedback@oboler.com

This entry was posted in In the media, My Op-Eds and tagged antisemitism, Facebook, Holocaust Denial, Jerusalem Post. Bookmark the permalink.