Andre Oboler, Recognising hate and the right to freedom from persecution, Harry’s Place 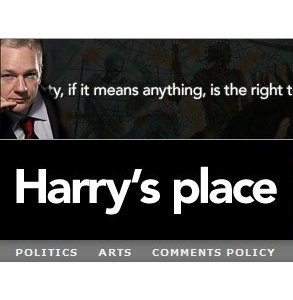 In a July article I argued Facebook was giving hatred a hand by explicitly allowing Holocaust denial on their site in spite a ban they place on “hateful” content. I suggested regulation was needed and if self regulation didn’t work, then government intervention is needed to prevent an internet-powered surge in racial hatred. Out in the blogosphere some people, upset at discussion of internet regulation, deemed my arguments “not even worth debating” and began shouting “Fascism!” Others asked why Holocaust denial was hateful rather than just ignorant. This article answers these questions, and builds on information from my new report on Facebook and Holocaust denial which has just been published.

I agree the law is an option of last resort, but I fear companies who flaunt community standards and actively act to the public detriment must ultimately be held accountable. Social media platforms are a form of mass communication and mass communication is an area that has long been regulated, sometimes through self regulation and sometimes through legislation. I’m not suggesting the UK needs to make Holocaust denial illegal. What I am suggesting is that Facebook as the world’s leading social media site, has a responsibility to the public. If it is felt they are not meeting that responsibility, government, on behalf of the people, does have the right to intervene. Indeed governments have started to do so.

In August Facebook made an undertaking to give all users better privacy protection. This was the result of Canada’s privacy commissioner raising serious concerns and the media highlighting that Facebook could end up in court if it didn’t satisfy the Canadian requirements. Prior to this intervention, Facebook had been content to ignore many concerns in this area. Social media platforms like Facebook are different from simple websites and need different regulation. Ideally this should be developed by the companies and their users, but if this fails and the public is put at risk external regulation must be considered an option.

The issue here is not about creating UK law to ban Holocaust denial. It is about having companies publish their terms of service and then holding them to those terms. It is about requiring a response in reasonable time when a complaint is made. It is about transparency of process. It is about actively working to prevent not only a spread of racism but a spread of hate more generally including tackling problems such as cyberbullying. With these things in place, adults can decide if they accept those terms and can decide whether a social media site is appropriate for children under their care.

Until April 2009, on problematic user content at least, Facebook was a textbook case of good policy. Their terms of service, built up as the site developed and took account of their audience which started off with university and school students. Even now twenty five percent of UK Facebook users are aged between thirteen and nineteen. Unfortunately Facebook has never lived up to its policy. Journalists and bloggers noted that Facebook banned content that would “violate any local, state, national or international law” and specifically raised the issue of Holocaust denial which was illegal under national laws in various countries. Others pointed out that Holocaust denial broke another clause of the terms of use which banned “harmful, threatening, unlawful, defamatory, infringing, abusive, inflammatory, harassing, vulgar, obscene, fraudulent, invasive of privacy or publicity rights, hateful, or racially, ethnically or otherwise objectionable”. My report explores the development of the terms of service in detail including the dramatic revision in May 2009 which removed many of these terms. The only remaining relevant term is the prohibition on hateful content.

So what is hateful content? How does claiming the Holocaust is a hoax differ from claiming the moon landing was a hoax? Scholars of the Holocaust and indeed of racism in general will readily assure you there is a difference. EU lawmakers passed Joint action/96/443/JHA which says public denial of Nazi crimes should be illegal in as much as it is “behaviour which is contemptuous of, or degrading to, a group of persons” based on their race, religion etc. The rationale makes clear that denial is degrading. This is not about the memory of the dead, it is about the rights of the living. To deny the Holocaust is to brand as liars all those who lived through it, those who have given us, the public, their testimony of those dreadful times. To pick one Holocaust survivor (or a scholar of the subject) and call them a liar is surely defamation. How much more when one calls the victims as a whole liars and fabricators? The law protects against libel and slander for good reason. This is only one reason why Holocaust denial is defamation of the Jewish people, and hence a form of hate.

Equally concerning is the agenda behind Holocaust denial. Political philosopher Frank Knopfelmacher explained this as an attempt to imply “that the Jewish people are witting and, rarely, unwitting accomplices in a conspiracy to extort, to lie and to kill, in order to acquire a counterfeit crown of martyrdom to be used for personal and political gain”. He described it as “a group-libel against an easily identifiable and traditionally stigmatised section of the population, which exceeds in ferocity and depth of malice anything that has happened in the field of ethnic animadversion in this country since at least World War II”. He wrote that in Australia in 1979.

As scholars have noted, even if the conspiracy theory is not explicit, it is always implied. Holocaust denial is not just ignorance about the past, it is a danger for the future. Jeremy Jones has described Holocaust denial as “Clear and Present Racial Vilification” while Deborah Lipstadt called it a “clear and future danger”. As Lipstadt notes, “the time to rise to action is when it’s not yet a clear and present danger”. To uphold the current terms of service, Facebook would need to recognising Holocaust denial as the hate it is. To improve public confidence and prevent outside intervention Facebook needs to consider how it can once again aspire to being a safe environment the public trust.

Dr. Andre Oboler is a social media expert. He holds a PhD in computer science from Lancaster University, UK, and has been a postdoctoral fellow in political science at Bar-Ilan University in Israel and a Legacy Heritage Fellow at NGO Monitor in Jerusalem. He edits ZionismOnTheWeb.org, a website countering online hate.