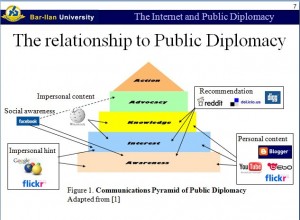 With the advent of Web 2.0 technology (including blogs and social networking), the Internet is increasingly becoming a political medium for expressing views and influencing public opinion, both domestically and internationally.

This month the U.S. Consulate General invited an experienced activist from the U.S. to work with local Palestinian advocacy groups on communicating their message through the media: