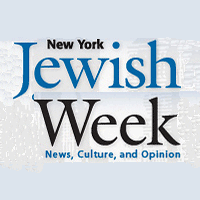 A simple search for “Israel” on Google Maps will give you more than just roadways and town names: photographed piles of Gazan rubble will pop out of the map, taking precedent over images of Israel’s popular landmarks and landscapes.

Google can’t control which images appear because the content is entirely user-generated — also called “open-source” — meaning that Web surfers can add or delete content as they please. And on many such open-source sites right now, including Wikipedia and Flickr, Israel’s image is far from favorable.

But David Saranga, the media consul for the Consulate General of Israel in New York, plans to fight back. After launching a pro-Israel campaign through Twitter.com during the Gaza war and by bringing Maxim magazine into Israel last year, he says he is recruiting the best in the business to revamp Israel’s online image.

In just a few weeks, he will bring six American new media experts to photograph Israel, with funds from the Consulate and Israel’s Ministry of Foreign Affairs. Rather than selecting people based on their photography expertise, Saranga said that he is choosing his team members based on their proficiency editing blogs and open-source media.

After guiding the group members together for the first part of the week, he will send each person to a different part of the country — not to touristy destinations like Tel Aviv and Jerusalem, but instead to less trodden places like the fertile farms of the Galilee, villages in the Negev or small ancient cities like Caesaria. While participants are free to take photos of whatever they choose, Saranga hopes that they will document the “real” Israel — environmental advances, high-tech innovation, Israeli culture — instead of war. The bloggers will then upload their photo collections to various open-source sites, where young people will ideally access and repost the photos free of charge.

But some experts wonder whether or not the project will really be capable of making a dent in the criticism that the Gaza war engendered.

“While efforts like this trip can help Israel boost its image, much like trips by friendly journalists, they won’t do anything against those campaigners tirelessly removing anything positive about Israel on platforms like Wikipedia and seeking to brand any Israeli or Jewish source as ‘illegitimate,’” said Andre Oboler, a social media expert and CEO of Zionism On the Web. Oboler stresses that long-term success requires a wider response, perhaps led by a specialist organization or by turning Birthright alumni into online activists.

However, Saranga says the initiative will, hopefully, knock the pictures of destruction much further down the lists, behind photos of ordinary Israeli daily life.

And because he has enlisted Internet authorities like pen-named Wikipedia senior editor David Shankbone, Saranga thinks that there is a good chance they’ll stay that way.

Shankbone — whose real name is David Miller — first visited Israel in December 2007, when Saranga led a group of journalists on a tour of the country’s high-tech and environmental developments. All in all Shankbone estimates that he illustrates over 4,000 Wikipedia articles with his photography.

“The idea is to create a body of work that not only Wikipedia can use but that the general public can use,” he said.

Shankbone is not Jewish, but he said he learned extensively about the Israeli-Palestinian conflict in school. While he considers himself a supporter of Israel, Shankbone doesn’t intend to make Wikipedia a Zionist Web site, and he looks at the Gaza war as a black-and-white situation — Israel had a right to respond, but its mode of attack was not without fault.

Yet for Shankbone, the purpose of his photo expedition is not to document the aftermath of the war.

“People want to talk to you about other things than just missiles,” he said.

Ideally, Shankbone said he’d like to end up at solar power plants in the Negev Desert or in a southern city like Eilat, because he spent most of his time up north during the previous trip.

“I particularly like small towns, because my feeling is that anyone can come to Tel Aviv and Jerusalem,” Shankbone said.

While on open-source sites, users can add and remove other people’s contributions as they see fit, only an administrator can permanently delete the posts from the storage database, Wikimedia Commons. In his three years working as a Wikipedia editor, however, Shankbone said that he has been careful to avoid inserting his own political positions, and readers have rarely altered his content. His collection remains the largest Creative Commons — a Web-based data-sharing platform — photograph community generated by one person, he said.

Another trip participant, blogger and social media consultant Tamar Weinberg, will be joining the team with her photography-enthusiast husband. Weinberg said that she hasn’t been to Israel in 11 years, and with all the innovation that has developed since then, she hopes to document her trip through Twitter, Facebook, Flickr and blogging.

“I want to capture the people, the places and the everyday life,” Weinberg said, noting that she will take hundreds of photos on Digital Single-Lens Reflex cameras, which were certainly not available the last time she was in Israel. “I want to capture the essence of this beautiful country and to convey this to my followers and readers on the social sites I plan to post these to.”

“I know that Israel has a lot to offer beyond what we hear in the media,” she added.

Critic Oboler, however, questions whether “bringing out people like Shankbone will help directly with the grass-roots, anti-Israel and often anti-Semitic activity that occurs online.”

“What it will do is help in the fight for hearts and minds online,” he said. “This proactive engagement is also important.”

“It certainly isn’t going to be the silver bullet,” Shankbone agreed. “It does give Wikipedia the opportunity or responsibility to present accuracy.”

And while Saranga hopes to change the world’s perception of Israel in the long term with the support of every American Israel consulate, he recognizes that, realistically, results will not be immediate.