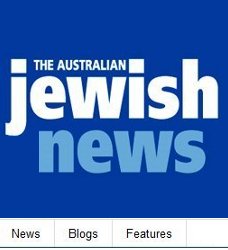 A NEW website aimed at mobilising world Jewry, governments and community organisations against the proliferation of online anti-Semitism will be launched on January 24.

The Community Internet Engagement (CIE) site is the brainchild of social media expert Andre Oboler, who has consulted with governments and community organisations around the world.

According to Oboler, theCIE will be a hub for research, education, technology support and advocacy.

“The idea is to build some software whereby artificial intelligence, as well as more wide-spread engagement, would allow us to track pretty much all online anti-Semitism,” Oboler said.

The CIE got off the ground in 2008 thanks to funding from The Pratt Foundation, and has since been coopted by the Zionist Federation of Australia.

Oboler is currently rattling the tin for the CIE and told The AJN his is hoping to raise $2 million, a significant portion of which will be used to create unique software. He would not be drawn on the nature of the program though, citing “trade secret issues”.

“The Anti-Defamation League and the Simon Weisenthal Centre have given up on doing empirical measuring of online anti-Semitism. They Reckon the Internet’s too big, too complicated,” Oboler said.

“Until anti-Semitism is completely eradicated from the world, it will not be eradicated from the internet. The best strategy for the Jewish community is to create online spaces for Jewish expression, which provide opportunities for people – both Jewish and non-Jewish – to have positive interactions with Jews and Jewish culture.”

But Oboler is adamant inroads can be made. He believes the creation of an online equivalent of the Community Security Group could significantly reverse worrying trends towards anti-Israel and anti-Semitic campaigning on the internet.

“The result would be we would have a handle on what was happening and we would be able to start reversing some of the public opinion losses that we’re suffering,” Oboler said.

Please note, donations are NOT tax deductible, but every donation is greatly appreciated.