Andre Oboler, Under attack in a virtual world, PresenTense Magazine 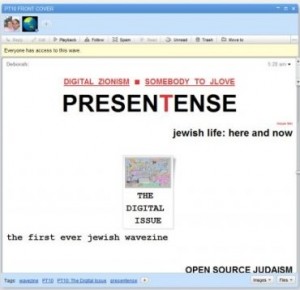 The Jewish people are losing the war. When it comes to the online world, we are for the most part disorganized, under-resourced and lacking leadership. Battles may be determined by short-term objectives, but wars are won by strategy and determination. In the Jewish world today, few have realized that we are in an online virtual war. This is a war against the Jewish state, and against the Jewish people.

The virtual world is a battleground of competing ideas. In a world with no absolute truth or commonly accepted values, racism and intolerance are becoming widely accepted in society. Discrimination, rather than freedom from discrimination, becomes a right. As these poisonous ideas spill over from the virtual world into the real world, there is a potential reversal of all the progress that has been made in the name of civil rights.

Online, as in the real world, there is an extreme fringe. These are the classic antisemites and racists, often sporting swastikas and calling for death to the Jews. In the real world, such racism is opposed and attracts social penalties. In the virtual world, however, such expressions of hate usually pass without comment. Modern online values can even legitimize such views, giving them equal weight to any other “opinion”. Online anonymity further exacerbates the problem. The largest challenge we face is not the racists; it is the online culture that accepts them and their message. This acceptance allows others, particularly the young, to be drawn to prejudice through their ignorance. It encourages good people to stand idly by, or risk the ire of the community for attempting to limit another’s “free expression”.

In May 2007, Facebook added a code of conduct to support its terms of service. The code stated, “While we believe users should be able to express themselves and their point of view, certain kinds of speech simply do not belong in a community like Facebook.”

The code of conduct did not seek to define what was illegal; instead, it sought to define shared values for the Facebook community. The code sought to exclude “graphic or gratuitous violence,” “threats of any kind,” material that “intimidates, harasses, or bullies anyone” and “derogatory, demeaning, malicious, defamatory, abusive, offensive or hateful” material. The code of conduct lasted almost two years before it was quietly dropped.

Commenting on Holocaust denial on Facebook after the code of conduct was removed, Facebook spokesperson Barry Schnitt said, “The bottom line is that, of course, we abhor Nazi ideals and find Holocaust denial repulsive and ignorant. However, we believe people have a right to discuss these ideas and we want Facebook to be a place where ideas – even controversial ideas – can be discussed.”

When hate-inspired conspiracy is considered as legitimate as historical fact, we have entered a dangerous post-modern stage of society. When those wishing to excuse or deny the Holocaust are said to have nothing worse than a controversial idea, it’s time to step back and wonder how far online society has regressed.

Since the beginning of 2010, Facebook, responding to a public outcry, has started to remove the classic Nazi and Holocaust-denial groups such as “For the followers of Hitler” and “6,000,000 for the TRUTH about the Holocaust.” This change has happened without an announcement, press release or change in written policy.

While this is a step in the right direction, a significant amount of hateful content continues to proliferate on Facebook. Without a doubt, anti-Semitism abounds. More than 100 “Gaza Holocaust” groups, both large and small, still exist. Many of the groups label Israelis as Nazis and demonize Jews. Messages that attack Israel as a Nazi, apartheid, evil state pervade both Facebook and the Internet in general. Moreover, derogatory comments about the disabled, gays and various non-whites are increasingly common on other social-media sites, such as YouTube, Flickr and Blogger. This is not just a Jewish issue.

In the war of ideas, we must look for something to spark a change in online social values. Public leadership on social values is needed. We must hope such leadership eventually will emerge from the corporate world, from the likes of Facebook, Google, Yahoo and Microsoft. If it does not, that role falls to governments and the general public.

Change is starting to happen. “David Appletree,” working under a pseudonym due to concern for his safety, founded the Jewish Internet Defense Force in 2008. The organization’s campaigns have led to the removal of hundreds of antisemitic groups on Facebook, as well as hundreds of racist YouTube videos.

“The problem is overwhelming,” Appletree said. “More people need to get involved to fight anti-Semitism online. Only then can we, together, start to get on top of this problem.”

Recently though, Appletree’s own Facebook account was disabled by the social-media site because he does not use his real name. But more than 50 accounts purporting to belong to Santa Claus have not been given the same treatment.

Last December, the Zionist Federation of Australia launched the Community Internet Engagement Project to provide research, training and support to the Australian Jewish community to respond to online hate. That same month, the Global Forum to Combat Anti-Semitism met in Jerusalem, where experts and government representatives from around the world discussed antisemitism, including online antisemitism. The forum produced 17 pages of recommendations to combat online antisemitism.

In an Internet culture where hate of Jews and Israel is seen as just another equally legitimate viewpoint, the Jewish people are set for disaster. Historically, we have been persecuted not just because we had persecutors, but because those who could have stopped it stood idly by. The online world is creating a culture where people will – once again – stand idly by.

As Jews we must stand up and challenge those who use technology to promote racism and hate. We must use the tools provided by sites such as Facebook and YouTube to report the hate we see online. In the wider name of humanity, we must ask others to join us, to turn their backs on those who hate and to exclude them from our online communities. We must create a culture where people refuse to participate in communities that lack basic social values. This starts when we take a stand ourselves, as individuals, against the hate, racism, and bullying we see online. We must work for an online world that remembers the lessons of the past and incorporates the strides made for human rights over the last 60 years.

The clash of cultures that is taking place around the globe is reflected online, but so is the rejection of Western values. We are once again in a brave new world, a world of rapid change where anything can happen. In this new world the Jewish people are once again the canary in the coal mine. The online war over the values of society is a war that we must win – and not only for the sake of the Jewish people. This is a war over universal values. It is a war that civil society can’t afford to lose.

Dr. Andre Oboler is a social-media expert and commentator. He is the director of the Community Internet Engagement Project at the Zionist Federation of the Australia, co-chair of the working group into online antisemitism for the Global Forum to Combat Antisemitism, and CEO of Zionism On The Web.

© 2010 Andre Oboler, originally published by PresenTense Magazine in The Digital Issue, February 2010. This article is released under a Creative Commons Attribution-Noncommercial-No Derivative Works 3.0 Unported License. You may report it else where provided you post it in full and include this notice.