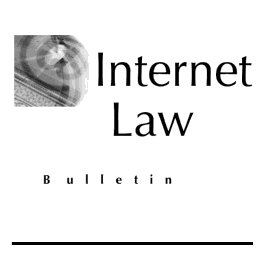 In November 2010, the Inter-Parliamentary Coalition for Combating Antisemitism (ICCA) held its second conference; parliamentarians and experts from over 40 countries attended.

The conference, held at the Canadian Parliament, was hosted in partnership with the Canadian Ministry of Citizenship and Immigration. Australian involvement included Michael Danby MP, Senator Scott Ryan and four Australian experts.

The Online Antisemitism Working Group had a panel of five speakers. Christopher Wolf, a US technology lawyer, discussed Anwar al-Awalaki whose YouTube videos incite racial hatred and terrorism. Wolf called on the technology companies to deny their services to this virtual hate rally, as they would to a real world hate rally.

Rabbi Cooper, of Simon Wiesenthal Center, questioned the American approach of more speech in response to hate speech. He showed the link between online hate and terrorism. Marc Saltzman, a technology journalist, spoke on smart phones that allow updates on the go, with less thought. He argued we need the right combination of law, education and activism to address online hatred.

Cathy Wing, Media Awareness Network, focused on children now constantly exposed to hateful content. She expressed hope that online education against racism may have an impact. I examined the question of regulation and argued the social contract gave government an ultimate and irrevocable responsibility. The overall impression was that online hate is a fast moving field with a need for rapid access to both technical knowledge and government consideration. This was reflected in the final protocol.

The Ottawa Protocol notes that the gathered parliamentarians are “alarmed by the explosion of antisemitism and hate on the internet, a medium crucial for the promotion and protection of freedom of expression, freedom of information, and the participation of civil
society”. The statement encapsulated a number of concerns expressed at the conference. Most notable was the concern that, left unregulated, the online world may be far less free than idealists believe. Racism and intimidation can dampen participation by minority groups and damage democracy.

The Ottawa Protocol commits the gathered parliamentarians to “establishing an international task force of internet specialists comprised of parliamentarians and
experts to create common indicators to identify and monitor anti-Semitism and other manifestations of hate online and to develop policy recommendations for governments and international frameworks to address these problems”.

The establishment of a task force that contains both members of different parliaments and leading international experts is an opportunity. It creates a resource of international technical expertise for members of parliament and a dialogue for sharing best practise.

Most significantly, it provides a multilateral foundation from which companies can be addressed, monitored and held to account.