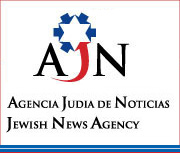 Good news in the fight against online hate

In February the Global Forum to Combat Antisemitism met in Jerusalem. Speaking at the conference I introduced the audience to the threat of antisemitism in Web 2.0. This is a new online threat unlike the antisemitic websites of the past. It is social hate spread through a social network created through the internet. At the Global Forum I released a draft of my paper Online Antisemitism 2.0. “Social Antisemitism” on the “Social Web”. The paper, published by the Jerusalem Center for Public Affairs, has become an integral part of the discussion about online hate. So much attention has since been focused on the two detailed examples of online hate I provided that action in both cases became unavoidable. Six months after the global forum, the results are on the score card.

The first example was the antisemitic Facebook group “Israel is not a country! Delist it from Facebook as a country”. Facebook’s failure to act caused Jewish activists to take matters into their own hands. The Jewish Internet Defense Force, an organization with around 5,000 members, managed to take control of the Facebook group and then systematically removed members from it. Though they later lost control of the group, in the three days the JIDF worked around the clock to reduce the Facebook group’s membership numbers. Based on their past growth, it would have taken the group a year and half to re-build their numbers after the JIDF’s intervention. Numbers are important as they effect the impact of a group in spreading its message. Even more effective however is when the platform provide shuts them down permanently for breaching the terms of use which generally place prohibitions on racism and hate speech.

Months after the JIDF action, discussion about the JIDF action and the “Israel is not a country” group in a Wikipedia article seems to have caught Facebook’s attention. After the various expert sources that listed this group as antisemitic (including not only my own work, but also reference by the ADL, the Coordination Forum for Countering Antisemitism and others) the group, as of this week, seems to have finally been shut down by Facebook. It is however only one of a larger number of hate groups. Facebook’s action while welcome, and indeed a validation of the action the JIDF took against this group, it comes only after a large part of the danger has already been removed by the JIDF’s non-violent protest. It would be more useful if Facebook responded when users first raise concerns, and before the JIDF has to invest volunteer time in such activism. In the last week the JIDF took over another group, this one had 118,000 members, the group’s name (translated from the original Arabic) is “Let’s see if it’s possible to get a million Arabs against Israel in 90 days”. What does one do with a million people against a country? (Not against a government policy, but against an entire country?) This group is now down to 55,905 members and each day the JIDF remove more. Facebook themselves could remove them all with one click.

The second example of online hate I presented to the Global Forum was that of Google Earth. Through replacement geography Israel was slowly being exchanged for a layer of anti-Israel Palestinian propaganda. This was done through the Google Earth Community layer. This layer contained content anyone can create and submit to Google for consideration. If accepted (a decision based on the correct formatting of the data, not the content itself) the location would showed up on the map as an orange dot that could be clicked to get further details. In the case of Israel the entire country was covered with orange dots supposedly marking Palestinian villages destroyed in the war of independence. In actual fact it could be proven that many of the locations were clearly incorrect. Despite this being pointed out to Google for over a year, the locations remained. I wrote a second report on this topic, Google Earth: A New Platform for Anti-Israel Propaganda and Replacement Geography, in June, just as things took a dramatic turn for the worse. The orange dots were all renamed to include the words “Naka – the Palestinian catastrophe”. As one scrolled over Israel all one saw was “Nakba, Nakba, Nakba”.

I wrote to Google pointing out why Google Earth, an information source like Wikipedia, was seriously lacking in community controls. Until such controls were added, I argued, Google itself remained the publisher and needed to exercise far more discretion. Content could be easily added, but was almost impossible to remove, even if many users objected, even if it was blatantly false, and even if it was clearly part of a political propaganda campaign. Google Earth has rules for what could be posted on its forum but not for the nature of suitable content for inclusion on its globe. In the US the ZOA picked up the message, writing to Google and demanding action. A few weeks ago Google Earth underwent a dramatic change. As part of this change all the orange dots are gone. So is much of the user content. While some of it may well come back in time, it will then hopefully be part of a comprehensive system that gives users control of the process or implements guidelines ensuring all information is relevant, notable and useful to users. A Google spokes person has explained that new content will need to be verified by multiple sources, so content submitted by a user, that is also in Wikipedia, and also on websites will be more likely to be accepted than content that is not backed up by other sources. However verification is done, Google still needs to be sure the information is fit for purpose and leads to less hate and a more useful product. They are however systematically moving in the right direction and paying active attention to the issue.

As long as there are Jews there will be antisemites. As long as society continues to function, there will be social infrastructure used to spread antisemitism and other hatred. We must continue to work on the problem, but we must also take note when progress in made. While the Google Earth update wasn’t aimed at solving the problems of the Jewish people, it was certainly one factor Google took into account. For this they deserve our thanks. The JIDF volunteers also deserve our thanks; they do what they do, for the Jewish people, without any reward but the knowledge that they are preventing the spread of hate. Facebook’s action (while welcome) is not the sort of systematic fix that we see being applied to Google Earth. Until this happens we must continue to reply on activists like the JIDF.

The battle continues in Wikipedia, You Tube, Flickr, Digg and other Web 2.0 applications as some users add hate speech and others remove it. As a community our role is to both play a part in identifying and notifying companies of hate speech on their site, and to educate others so they too can recognize hate speech against both Jews and other groups. As Internet companies begin to play a more socially responsible role, as volunteers step forward and as community organisations get involved, new infrastructure and training is needed to recognise and appropriately respond. Every Jew should be able to stand against racism be it in the public square or online. As surely as the problem will continue, so will our progress and our resolve in fighting it.

Dr. Andre Oboler is a social media expert. He holds a Ph.D. in computer science from Lancaster University, UK and is a Post-Doctoral Fellow in Political Science at Bar-Ilan University in Israel. He is a former Legacy Heritage Fellow and edits http://ZionismOnTheWeb.org – a website countering on-line hate.

This entry was posted in In the media, My Op-Eds, Publications and tagged Agencia Judia Noticias, Antisemitism 2.0, Argentina, Facebook, Google Earth, Naka. Bookmark the permalink.