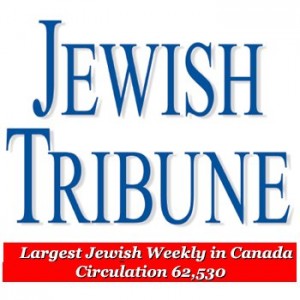 Jerusalem – Antisemitism on the Internet is one of the newest forms of hatred towards Jews, according to an attorney and an expert on computer security who conducted a working group on combating online antisemitism at the recent Global Forum for Combating Antisemitism, held in Jerusalem recently.

The working group will publish its recommendations in January.

Hackers have penetrated the web sites of Israeli banks, newspapers and even the Mossad. One Moroccan-based group, Team Evil, has posted anti-Israel messages and images onto hundreds of web sites, said Dr. Andre Oboler, an expert on computer security who has studied the hackers’ methods to thwart attacks on existing Jewish and Israeli web sites.

Oboler heads the newly formed Community Internet Engagement Project, commissioned by the Zionist Federation of Australia. He is more disturbed by antisemitic messages on social media networks such as Facebook, YouTube and Wikipedia.

“Web sites are six years old. Today, search engines and social networks such as Facebook are what matters,” Oboler told the Jewish Tribune.

He is particularly disturbed that Facebook’s Jewish owner doesn’t consider Holocaust denial a form of antisemitism but rather a form of “political speech.”

Oboler asked, “What are we doing wrong in Holocaust education?” He is concerned that antisemitic content will “virally spread” on the relatively uncontrolled social media networks as an acceptable viewpoint.

“Imagine what Hitler could’ve done had he had Facebook. We need to get rid of the hateful content,” he added.

He anticipated the Internet’s danger of spreading hate nine years ago. In his book, Bloody Words: Hate and Free Speech (Bain & Cox, 2000), Matas dedicated an entire chapter to hatred on the Internet.

Matas says that the Jewish community should actively respond to antisemitic comments on web sites by counter-posting on Talkbacks. Additionally, he wants antisemitic web sites banned.

When asked what to do about Facebook’s refusal to ban Holocaust denial, Matas replied, “If enough people present a view that he’s wrong to allow Holocaust denial, the outcry of public opinion could change his ‘bottom-line.’”

Matas said that spurious “free speech” arguments create a situation where some viewers of hateful content will “internalize incitement to hatred, which can ultimately lead to incitement to genocide.”