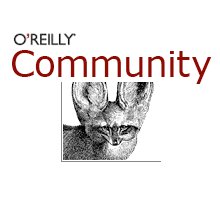 Just over a year ago I reported on the work of Dr. Andre Oboler for O’Reilly News, who had written a report on how Google Earth was delivering overtly politically biased information. A combination of negative publicity and a libel suit filed against Google resulted in changes to Google Earth which resolved the issue. Dr. Oboler published a new report on Tuesday and this time he has targeted Facebook and with good reason. Despite a prohibition in the popular social networking website’s Statement of Rights and Responsibilities, it’s terms of service, Facebook has remained a happy home for Holocaust denial and racist “white pride” groups.

Oboler’s report notes that Facebook’s terms regarding hate speech have been repeatedly watered down, most recently in a May, 2009 overhaul. Yet in the latest revision, dated August 28, 2009, there is still a very clear prohibition:

You will not post content that is hateful, threatening, pornographic, or that contains nudity or graphic or gratuitous violence.

There is an additional prohibition which may well apply:

You will not use Facebook to do anything unlawful, misleading, malicious, or discriminatory.

The JIDF letter went into further detail noting that Holocaust denial is illegal in thirteen countries: Austria, Belgium, Czech Republic, France, Germany, Israel, Liechtenstein, Lithuania, Luxembourg, Poland, Portugal, Romania, and Switzerland. They also pointed out the strictness of laws in Germany, Austria, and Romania and that “any group that denies the occurrence of the Holocaust is violating the laws of these nations.”The JIDF also argued that “German law also outlaws anything associated with Nazism. So any group that has Nazi symbols and such should be taken down.” In additional to national law the JIDF referred to European Union law and specifically Joint action/96/443/JHA,24 which requires countries to make Holocaust denial “punishable as a criminal offence.”

Other countries, such as Australia and Canada, which do not specifically prohibit Holocaust denial still prohibit public hate speech.[…]

Holocaust denial is a special case under international law. It is recognized as hate speech internationally. There are calls from the United Nations down for all efforts to be taken to eliminate Holocaust denial, which is both a serious defamation against the Jewish people and a tool to promote new hate against the Jewish people through conspiracy theories.

The Facebook pages in question do appear to violate the laws of at least 15 nations and the European Union as a whole. Despite clear prohibitions against hate and illegal, misleading or discriminatory activity Facebook continues to allow and indeed defend pages that violate it’s own terms.

The problem goes beyond Holocaust denial motivated by and encouraging anti-Semitism. A May 12 article in Business Week noted:

Facebook has come under attack in the past for hosting anti-Gypsy groups. The site currently contains several groups defending “white pride.”

I don’t think many people would doubt that “white pride” pages on Facebook or elsewhere on the internet are overtly racist. As such they clearly violate the prohibition against “discriminatory” content and yet, much like the Holocaust denial pages, they continue to be hosted on Facebook.

Dr. Oboler also points out that in the United States the First Amendment guarantee of free speech is not absolute:

The first is that U.S. laws governing protected speech do not apply to private spaces such as Facebook. Any concerns Facebook employees or managers have about the first amendment are misplaced, or are being deliberately misused to confuse the public.

In other words, it is up to Facebook to decide what to include and exclude from their privately owned website. The First Amendment doesn’t force Facebook or anyone else to host content they consider objectionable. Another limitation which may apply more to some of the “white pride” content than to Holocaust denial are laws in the U.S. prohibiting incitement to violence. These laws have repeatedly been upheld as Constitutional by the courts. Libel and defamation are also not protected speech in the United States. Despite these facts Facebook has repeatedly defended these pages on the basis of free speech and the First Amendment. Dr. Oboler also believes that the First Amendment can’t be used as a shield against the laws of other nations or international law since the free speech protections do not apply to private space.

Dr. Oboler claims that the issue is a moral and ethical question for Facebook. He also notes that negative publicity, unflattering press, anger in the blogosphere, and all forms of public pressure have failed to motivate Facebook to take action against what is clearly and undeniably hate speech.

While Dr. Oboler’s new report highlights the problem without proposing remedies, he did advocate a specific solution in an op-ed piece published in The Guardian (UK) on July 13:

The internet requires regulation, just as film, television and computer games do. If companies such as Facebook abdicate that responsibility, it suggests government intervention is needed to prevent an internet-powered surge in racial hatred. The spread of racism and hate is not something that can be left to chance or the whims of the private sector. Working against hate, bullying and racism must be part of the price companies pay when they offer an online social environment as their product.

Advocating government mandated censorship of the internet generally brings out the most unusual of political alliances in the United States. It is opposed by everyone from the ACLU on the left to conservative evangelical Christian groups on the right. Censorship is a dangerous and slippery slope. Even is such a law could pass Constitutional muster, which is questionable at best, the same law the Dr. Oboler would use to ban Holocaust denial could be used by to try and ban material that Dr. Oboler would undoubtedly support. It would open the door to litigation to attempt to apply such a law to limit all sorts of speech that one group or another may find objectionable. That requires the government to spend time and resources defining what is and is not hate, something most Americans simply do not trust government to do.

For now the only alternative is to continue to publicize the issue, something Dr. Oboler has been very effective in doing. As his work to highlight the problems with Google Earth plainly demonstrated, such efforts may take years to be effective. In the end sufficient public outcry, negative publicity, the threat of boycott and legal action using existing laws may be sufficient, in time, to bring about change without creating new and possibly onerous law.