Dr Oboler was interviewed by Radio Poland’s foreign language service while at the Israeli Ambassador to Poland’s residence as a part of a reception for the 11th International Antisemitism Conference. 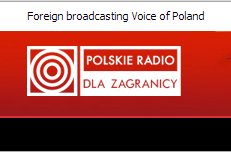 In Warsaw on Monday an international academic conference opened entitled “Exploring the limits of tolerance. – Jewish communities and other minorities facing anti-Semitism and xenophobia.” The conference was officially opened by the Polish Deputy Foreign Minister…

One subject experts is Dr Andre Oboler from the Australian Online Hate Prevention Institute. In conversation with the Voice of Poland, Dr Oboler explain his field of research, “As a researcher I have focused on antisemitism for eight years. This past year that work expanded and we explored all forms of hate against minorities. Last Thursday we published a detailed report on discrimination in social media against Australians Aboriginals. We have taken the knowledge we gained in the fight against antisemitism and applied to cope with new challenges and threats. This way we can learn and move forward rather than starting from scratch every time. 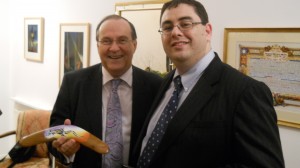 One way to reduce the volume of hate on the Internet is to force people to stand behind their online comments. Oboler explained: “One of the things that has changed in recent years in social networks is that on Facebook, in addition to a personal profile, a page can now be created. A page can do things without it being connect back to the page owner.  What has happened is that many antisemitic and racist pages have been created and their operators do not face the social penalty they would if their names were public and connected to that content.  Ideally we want these users to remove the hate pages, but if they feel that freedom of speech in the United States protects these things, at least change the settings so the page is not public. We think Facebook should, if you post online you can do it anonymously, but if you are doing it, we can put in a mechanism to force the user to either delete racist comments or to own them and have their identity connect publicly with the comment. Our problem is that when people post things anonymously there is no social pressures forcing them to act within the parameters of what we consider normal behavior.”

This entry was posted in In the media, TV and Radio and tagged antisemitism, Radio Poland, xenophobia. Bookmark the permalink.