Ahmadinejad and Assange: why Julian Assange should be Ecuador’s next UN Ambassador 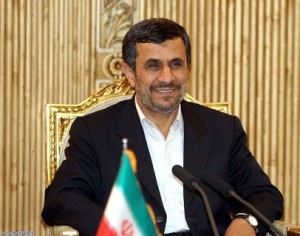 President Ahmadinejad is making himself at home in the United States as he attends the United Nations General Assembly’s opening session and relate events. He enjoys the protection of the United States, and his plane is parked at Andrews Air Force Base along with Obama’s Air Force One.

In the past Ahmadinejad has used platforms in the US to demonize Israel, deny the Holocaust and promote wild conspiracy theories about 9/11.

While the quote popularly attributed to him to “wipe Israel off the map” is a mistranslation, the idea of eliminating Israel from the pages of history – a more accurate translation – is not much of an improvement. Ahmadinejad’s advocacy of genocide is itself an international crime. Even so he enjoys the treatment of a diplomat and is therefore protected from arrest in the United States.

Section 15 of the Headquarters Agreement holds that each state can appoint resident representatives with the rank of Ambassador. The appointment of members of Ambassadorial staff requires the agreement of the United Nations and the United States, but the Ambassadors themselves do not. The section of the agreement dealing with communications and transport (Part IV) ensures that Ambassadors and their staff can gain entry to the United States and can travel to the Headquarters district. It even outlaws charges being imposed on US visas for those on UN business. All of this serves to protect Ahmadinejad on his UN visit. 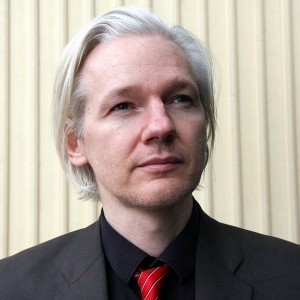 In the meantime, Julian Assange is couped-up in the Ecuadorian Embassy in the United Kingdom. Freedom of Information has revealed that the US military has classified both him and Wikileaks as enemies of the United States. The last time we heard this designation used it was for al-Qaeda and the Taliban. Rather than orchestrating terrorist attacks to kill US citizens, or military action to kill US military personnel, Assange has been engaging in journalism.

WikiLeaks has been serving as a very effective fourth estate; an international press service that receives and publishes information that holds those with power to account. Reporters Without Borders have argued that WikiLeaks deserves the same press protection as the New York Times. The US is trying desperately to find a way around both the spirit and the letter of the US Constitution which guarantees not only freedom of speech but freedom of the press in particular.

Some of the information that WikiLeaks has exposed has been in the best tradition of journalism internationally. One example is the release in April 2010 of video footage of an incident in Baghdad in July 2007 where a U.S. army helicopter fired on a crew from the Reuters news agency. The news agency had been confidentially shown the video but were not allowed to make use of it or obtain a copy. Freedom of information requests were denied. WikiLeaks published the video after obtaining it from a whistle blower.

In 2011 WikiLeaks received a Walkley Award, Australia’s equivalent of a Pulitzer Prize, in the category “Most Outstanding Contribution to Journalism”. The citation states that, “WikiLeaks and its editor-in-chief Julian Assange took a brave, determined and independent stand for freedom of speech and transparency that has empowered people all over the world.” The citation also notes the “undeniable impact” of WikiLeaks’s revelations on topics ranging “from the way the war on terror was being waged, to diplomatic bastardry, high-level horse-trading and the interference in the domestic affairs of nations”.

In Australia, people are both interested in WikiLeaks and sympathetic. A recentAustralian poll found that 52% of people believe Assange should not be prosecuted, compared to only 26% who thought that he should be (the rest being undecided). Analysis of the US opinion highlights how American insecurity feeds a backlash against WikiLeaks: “The public mood in the United States is one of economic uncertainty and physical insecurity. Many Americans want an assurance that their government is willing and able to act forcefully in the pursuit of U.S. interests.” What might once be regarded as an abuse of power, such as spying on diplomats at the United Nations or negotiating with corrupt regimes, is now regarded as evidence of Government getting its hands dirty to protect US citizens. There is a public willingness to sacrifice values and principles for security, and much of that feeling of insecurity has been focused on WikiLeaks – a classic case of shooting the messenger rather than dealing with the real threat.

Returning to Iran, I must again point out the obvious. A nuclear Iran is not just another state with The Bomb; it is a state that already provides training, resources and support to numerous terrorist proxies operating throughout the world. The US is not immune from Iran’s reign of terror; planned attacks on US soil were stopped as recently as last year. Imagine the impunity Iran and its proxies will feel once they have the cover of a nuclear arsenal from which they can pursue their other objective. There is also the risk of terrorists gaining control of an Iranian bomb, with or without inside help. Not to mention the impact of a nuclear attack on Israel.

In light of the risk, the US could have found a way to exclude Iran from the UN, to hammer home the point that the Iranian threat is being take seriously and no option is off the table. It might have involved negotiations with the Secretary General, or discussions with the Security Council. As an extreme option, Congress could authorise the President to notify the UN that an exception would be imposed to the Headquarters Agreement. Such a move is similar to the discussion surroundingthreats to remove the status of the Ecuadorian Embassy in the UK.

Either the Obama Whitehouse has an extremely high regard for the United Nations and for the sovereignty of other nations, or it sees the interests of those with power and their protection from exposure by the media (including WikiLeaks) as more important than protecting the lives of the American people, the security of American allies, and the future of global stability.

Being generous, if it really is respect for the United Nations that stops the US taking action against Ahmadinejad, Julian Assange too could benefit from that protection. He could enjoy far greater freedom of movement, throughout the United Nations Headquarters District in fact, if he was appointed Ecuador’s Permanent Ambassador for Information Technology to the United Nation. He’d probably also be rather good in that job and could, in Ecuador’s name, significantly contribute to the shaping of international protocols and systems to protect the future of the Internet.

The US Government needs to get its priorities right. It needs to recognise the threat a nuclear Iran poses not just to Israel but to US citizens. A message needs to be sent to President Obama from the American public. Action must be demanded. Second terms aren’t won, they are lost, and it is the President’s action and not his words that will be judged. Right now the lack of action on Iran and the persecution of Assange both stand as potential indictments on the record people will consider when they vote on election day. For those that cherish American values and freedoms, not to mention their own safety, there is more than one clock ticking down.