The 11th International Seminar on Antisemitism

In October, with the support of an ROI “Go Speak” micro-grant, I travelled from Melbourne, Australia to Warsaw, Poland, to present at the 11th International Seminar on Antisemitism. The seminar series has been run every second year for over two decades now. This year the seminar was a partnership between Tel Aviv University’s Kantor Center and the “Never Again Association”, a Polish anti-racism organisations.

The conference was hosted by the Institute of History of the Polish Academy of Sciences, in a building just a few streets away from the Warsaw Ghetto. It was entitled: “Probing the Limits of Tolerance: Jewish Communities and Other Minorities Facing Antisemitism and Xenophobia” and hosted presenters and guests from around the world, both academics and diplomats.

The Israeli Ambassador to Poland, Amb Tzvi Rav Ner, hosted a reception for the conference participants at his home. I shared some of my work, focused on both antisemitism and racism against Australian Aboriginal people, with the Ambassador and present him with a Boomerang from Australia. While at the Ambassador’s residence, I was interviewed by Radio Poland for an article in Hebrew that appears on their website. 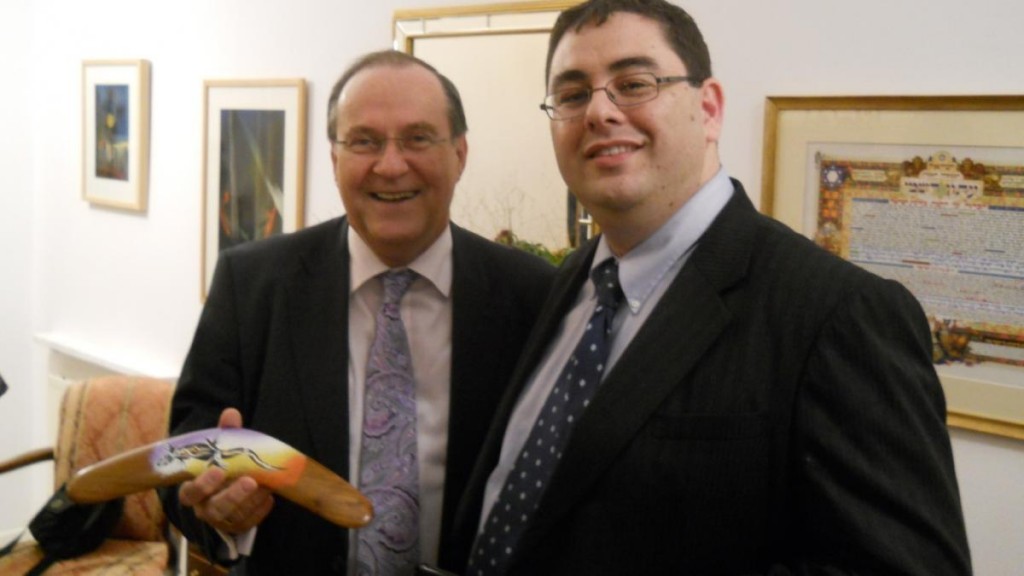 The conference had sessions dedicated to: Majority-Minority Relationships;  Antisemitism and Islamophobia; the Internet as an arena of Intolerance and Hate; a session on Combating Antisemitism, Hate Speech and Intolerance; and geographic sessions on Intolerance in Western Europe, Eastern Europe, and South America. It highlighted the latest knowledge on the spread of hate, and the latest developments in monitoring and combating it.

As with all conferences, a lot of work also happened on the fringes. I discussed the limits of the first amendment, and how it doesn’t protect anonymous speech with Douglas Davidson, the US Special Envoy on Holocaust Issues. I discussed the limits of counter speech in the online context with Ronald Eissens from the Magenta foundation in the Netherlands. Stefano Gatti, an Italian antisemitism expert I last met when giving evidence in the Italian Parliament, showed me how just the week before my name and his had appeared in the Italian pages of Stormfront, the leading fascist internet site. David Matas from Canada, Amb. Gideon Bahar from the Israeli Foreign Ministry, and myself had a number of meetings to discussed future plans for the Global Forum to Combat Antisemitism. Online discussions and e-mails are useful, but face to face meetings take things to a whole other level.My presentation, focused on internet based hate, took place towards the end of the conference. In it showed the gathered diplomats and experts some of the details from my new report, release just days before I left for Poland. The report focuses on racism against Aboriginal Australians, but also includes some details of Holocaust denial, antisemitism and cyberbullying. The report includes a table of Facebook page promoting racism against Aboriginal Australians, and another of Facebook pages promoting Antisemitism. Despite having seen the report, Facebook has not taken action on many of the listed pages. This is even after SBS News (one of Australia’s public broadcasters)featured the report in an article. 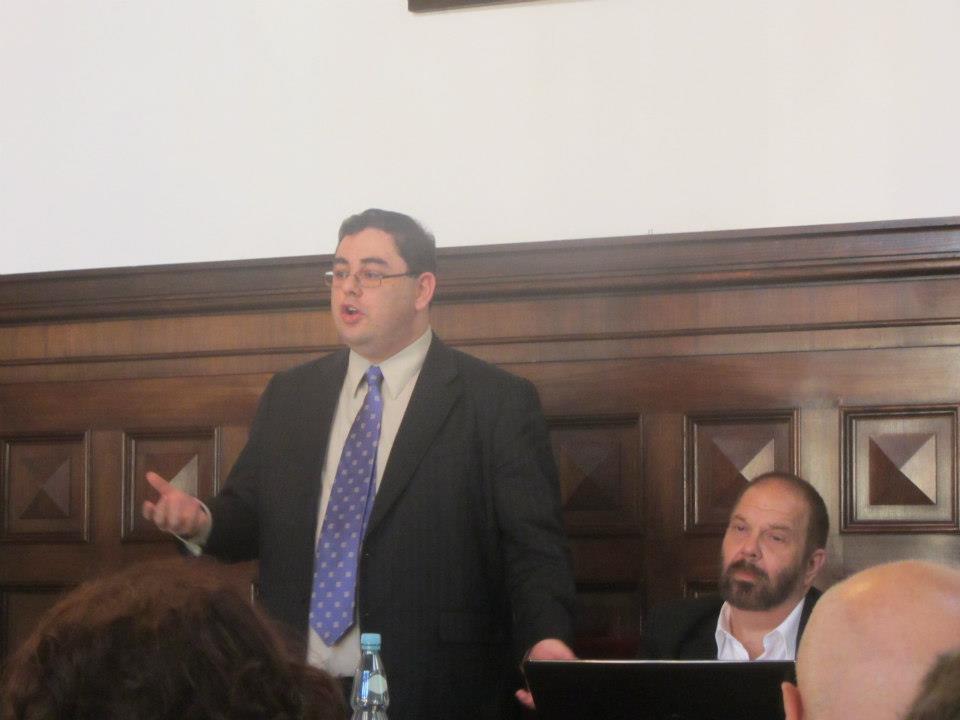 I used my time at the podium not to highlight examples of racism, but to highlight how, with the creation of the Online Hate Prevention Institute (OHPI), the lessons of eight years of combating online antisemitism are now being shared to help protect other communities. OHPI has a strong focus on antisemitism, but also has a far wider and more general remit. The lessons learned in combating one form of hate are helpful for multiple minority groups being subjected to online attack.

In my talk I showed how those spreading hate for fun, and that does seem to be a primary motivation, don’t seem to mind who they attack. Groups set up to attack Aboriginal Australians rapidly move into attacks on Jews, African Americans and others. Those who speak out against the spread of hate themselves become targets. In one case a Jewish American who spoke out against the racism had his personal contact details posted with instructions to call him. His face was also photo-shopped over the bodies in photograph of a mass grave from the Holocaust. The creators of petitions and Facebook pages against the hate were also targeted. I too was personally targeted and showed the conference delegate the fake profiles of me, including profile pictures that super imposed a pig’s head over part of my face.

The conference provided an opportunity to meet additional experts and learn from them, to catch up with colleagues, and to plan future action and partnerships to help combat hate internationally. Those working in this field end up in the firing line, and the mutual support of colleagues is critical in allowing us all to continue this fight. The support of donors in allowing this to happen can’t be under estimated. As a social entrepreneur who has established a new institution, resources are extremely limited. An ROI micro-grant turns the opportunity for a platform to showcase and share amazing work into a reality. While our visions for a better world may be big, in the ROI community we all work hard to make them a reality; sometimes though, it takes that little extra to make things possible, and that where the micro-grants come in. I hope this one not only gave me an experience in Warsaw, but enabled me to make an impact that others I met with will continue to carry forward.