Why should something condemned by society were it published in print suddenly become legitimate simply because it appears on-line? 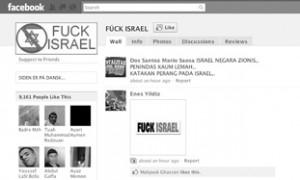 The writer is director of the Community Internet Engagement Project at the Zionist Federation of Australia, and co-chair of the working group on online anti-Semitism for the Global Forum to Combat Anti-Semitism.