Hearing into Online Antisemitism at the Italian Parliament 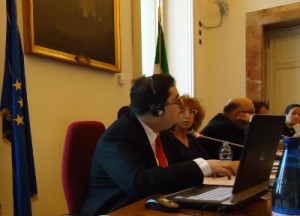 The following are the prepared remarks of CIE’s Director, Dr Andre Oboler, for the hearing into online antisemitism of the Italian Parliament. The hearing occurred at 8:30am on Thursday April 22nd 2010.

I thank the committee and Fiamma Nirenstein, its president, for arranging this opportunity to address you and discuss the important topic of online antisemitism.

Left unchecked, technology creates an environment where antisemitism and other forms of hate become acceptable within society. This starts in an online community, then influences real world behaviour.

Governments need to work cooperatively in developing policy, and where needed laws, to combat online antisemitism and other extreme antisocial behaviour. From cyber bullying to the spreading of antisemitism and hate, such behaviour must be stopped. Where cyber bullying can leading to youth suicide, Antisemitism 2.0 can leading to an acceptance of the demonization and dehumanisation of Jewish people. Nazi propaganda made the Holocaust acceptable in the minds of those who perpetrated it through such propaganda. Without this acceptance may have been no Holocaust.

As Jeff Jacoby wrote in 2002, the Jews “ are the canary in the coal mine of civilization. When they become the objects of savagery and hate, it means the air has been poisoned and an explosion is soon to come”

The setting of standards of behaviour is part of the social contract that governs modern societies. It is ultimately under parliament’s guidance.

The evidence of a rising acceptability of online antisemitism is an indication of a breakdown in the values that bind society. It is a warning of an impending breakdown in society itself. A break down leading perhaps to fear, crime and civil disorder. We are past the age of pogroms, where local communities turned on the Jews who lived amongst them. The internet must not facilitate a return to the incitement that so often in history caused such disasters.

The primary danger I see is not in the conventional websites, thought they may serve as a source of hate, but rather in the social media that today spreads the message. Antisemitism 2.0 is the spread of social acceptability of antisemitism through the use of Web 2.0 technology.

The aim of antisemitism 2.0 is not to make everyone an antisemite, but rather to make antisemitism socially acceptable in the online community. It aims to remove the stigma of being racist. The antisemitism 2.0 argument is that to hate Jews is no different to supporting the wrong football team. It is not something to criticise except perhaps in jest. When there is no social penalty to racism, that is when it spreads.

I will now show some examples of the content we are speaking about.

Example 2: This is a hate Israel group, but one can see how it quickly moves to its real target… Jews. Two comments read “Jews = Scum” and “F*** all Jews, F*** Israel”.

Example 3: In the same group there were pictures. Circled in purple we see the use of children to promote terrorism and violence. Circled in red we see classic demonization. 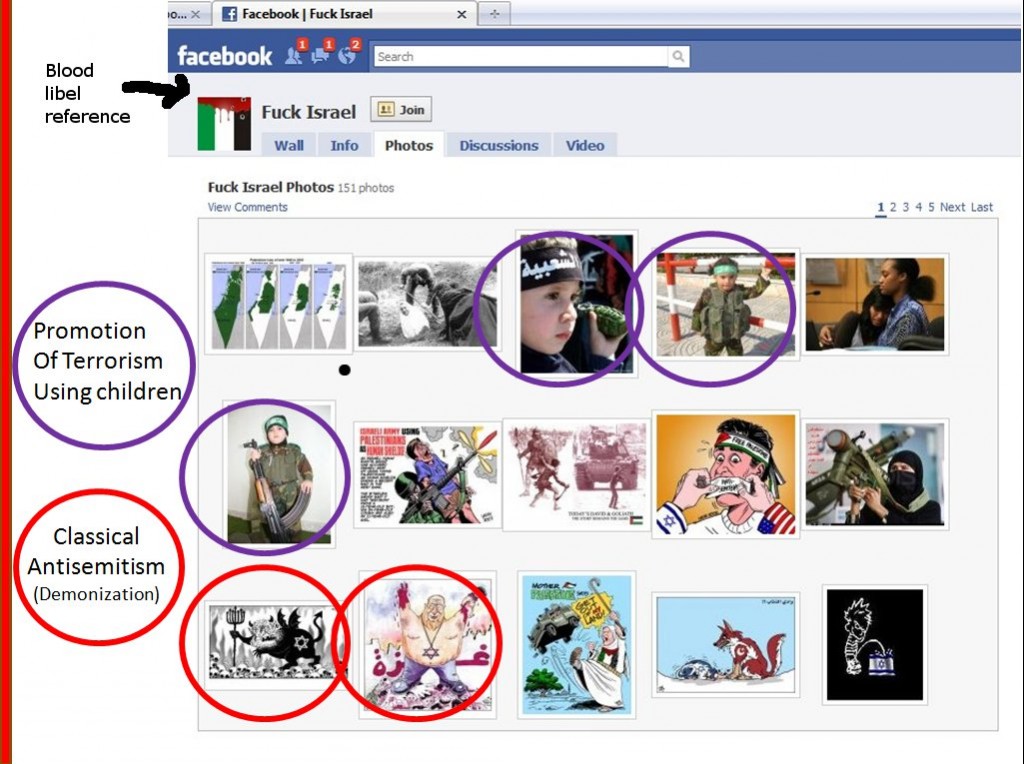 Example 4: On YouTube we see Nazism and dehumanisation of Jews. This Nazi band is called “Jew slaughter”.

Example 5: We also see the promotion of antisemitic propaganda. This YouTube video claims the Jews control the media. It uses “Zionist” as a code word for Jew. This video was still online earlier this week. It has been on YouTube for over 8 months.

Example 6: The problem is also present in MySpace. This is a neo-Nazi page from the UK.

Example 7: And in Google Groups. This thread in New Zealand Politics is called “Your Holocaust (Trademark) Whining leaves me cold, Jew.” It refers to Jews as parasites and the Holocaust as a money making scam. 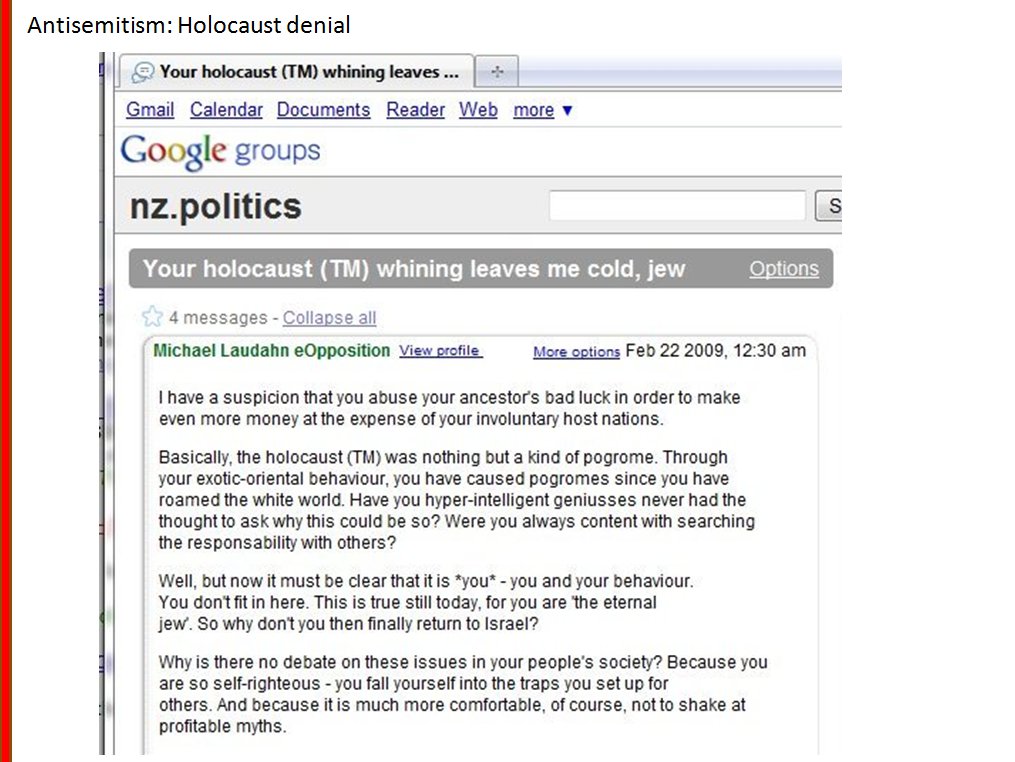 So we see antisemitism 2.0 exists in the social media sites. The reason I believe it need urgent attention is however related to the general impact of social media.

Social media is important because of the audience size, their position as an increasingly mainstream form of communication, and because of their incredibly low entry barrier.

Graph 1: This graph shows the 10 most popular websites at the start of this month. The graph measures the percent of all internet users who visited each of these sites on a given day. The sites are all social media (blue) or search engines (in green). On this ranking the BBC is in position 45 and CNN would appear in position 60, they each get around 2% of internet visitors, this shows how powerful Facebook is with 32% of internet visitors, or YouTube with 23%. 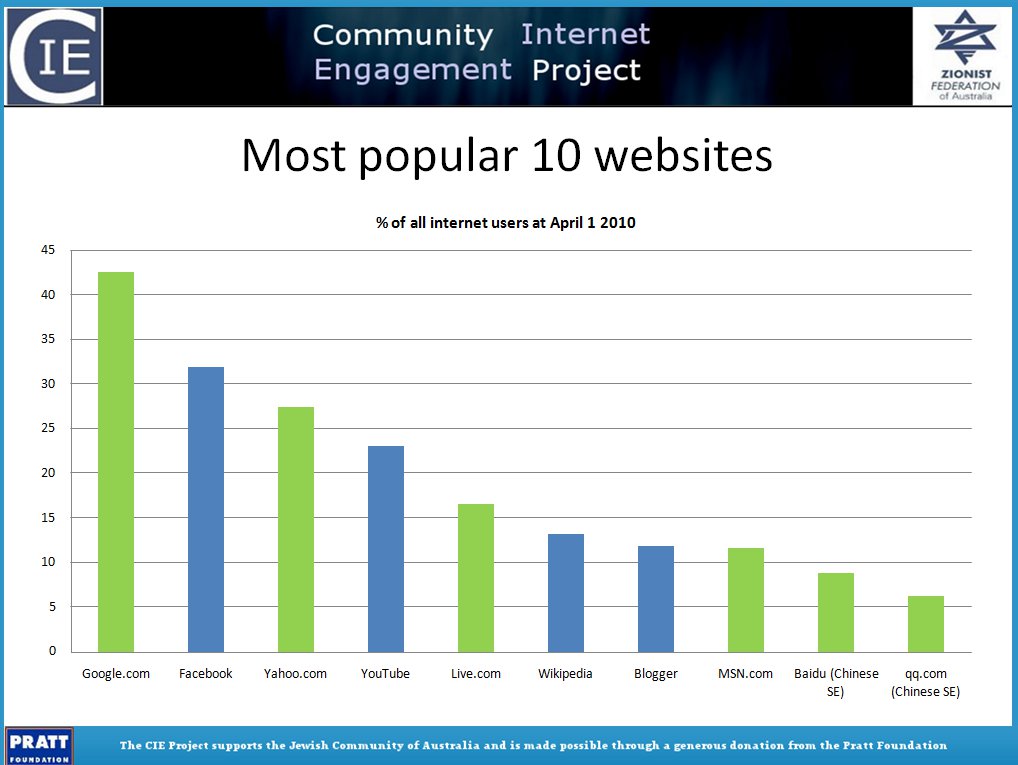 Graph 2: This slide shows the top US newspapers compared to YouTube and Facebook. The social media platforms are about 50 times more powerful than the conventional printed media. 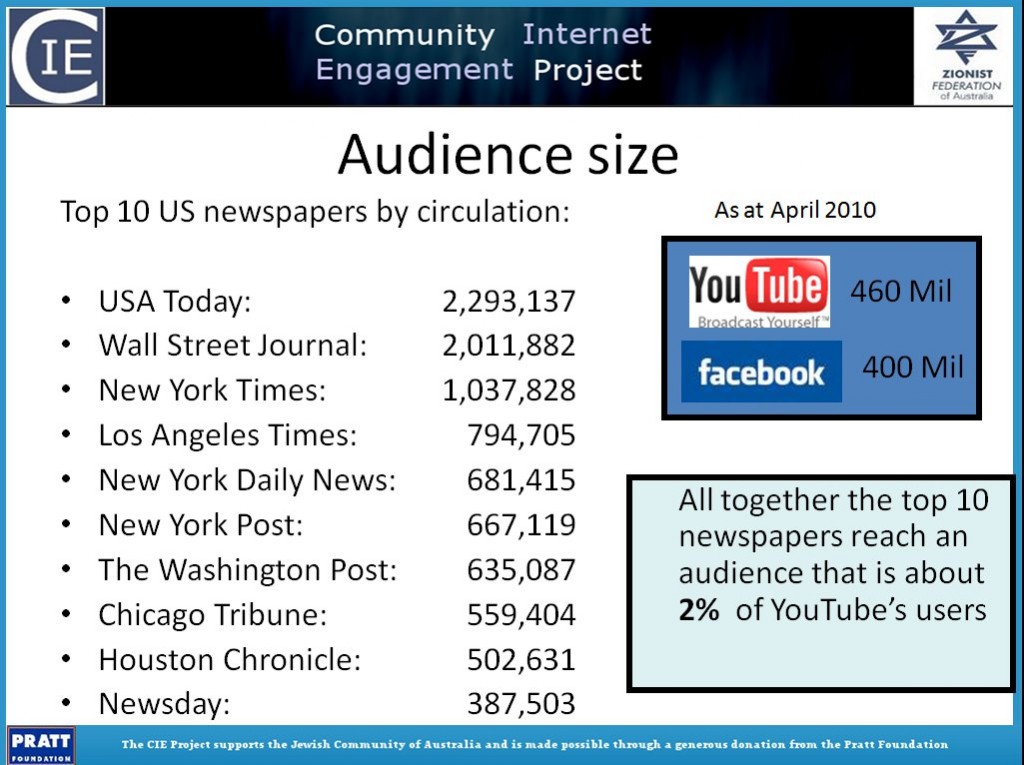 The danger is not that people will see the antisemitic content. The danger is that they will accept it as a valid point of view, and some will accept it as fact. Some will inevitably take action, and others will stand by and let it happen. This creates a culture where hate, racism, and anti-social behaviour grows. Public order and safety is threatened.

We need to help shape values online, social media is about community and a community must have values. Online communities must take a stand against racism and in favour human rights generally. When they don’t, the issue must be raised. When they won’t, a response is needed.

As the society affected is global, the standards that need to be developed should be global too. Cooperation in this area by law makers at the international level, along with input from civil society, is essential.

Italy is playing an important role in this area through the efforts of this committee, through participation in the Global Forum to Combat Antisemitism and through a leading role in the Inter-parliamentary Coalition for Combating Antisemitism.

Some key recommendations to consider as you engage with future work on this important topic:

Laws addressing online antisemitism can be general enough to also handle: The promotion of other forms of racism and hate, the promotion of terrorism and organised crime, Cyber bullying, and Discrimination.

All the recommendations can be seen in the report of the Online Antisemitism Working Group, from the Global Forum to Combat Antisemitism, in December 2009.

In Australia we have set up a specialised group to monitor and create responses to online antisemitism, particularly in social media. We would be happy to provide policy advice, consultation and assistance to government and NGO organisations engaging in this area. The e-mail address to contact us is community@internetengagement.com.au