Google Earth and the Nakba Dots

Dr Oboler first discussed the problem as an example of the spread of hate in social media in his seminal report on antisemitism 2.o: Andre Oboler, Online Antisemitism 2.0. “Social Antisemitism on the Social Web”, Post-Holocaust and Antisemitism Series, JCPA, (April 2008, No. 67)

Soon after he prepared an in depth analysis of the Google Earth problem: Andre Oboler, Google Earth: A New Platform for Anti-Israel Propaganda and Replacement Geography, Jerusalem Issue Briefs, Vol. 8, No. 5, JCPA, 26 June 2008

The Zionist Organization of America (ZOA) , who ran a public campaign on the Google Earth issue, praised Google in a press release for correcting the problem.

Morton A. Klein, the ZOA’s National President also praised Dr Oboler’s work saying, “Much of the credit for unearthing and publicizing these problems goes to Dr. Andre Oboler… We thank Dr. Oboler for his efforts and look forward to continuing to work together in combating anti-Israel propaganda on the Internet.”

Dr Oboler has used the Google Earth example in a number of presentations on public diplomacy and online hate. These includes presentations for the Israeli Embassy in London, the Ministry of Foreign Affairs in Jerusalem, the World Union of Jewish Students, and the ZOA in Pittsburgh. 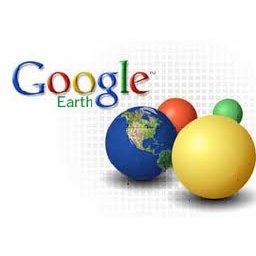